AGI provides talent management for select clients. With a focus on continual development and refinement, AGI only manages talent poised and prepared for success. If you feel you’ve got something to ‘manage’, click the button below to submit your EPK for AGI MGMT consideration. 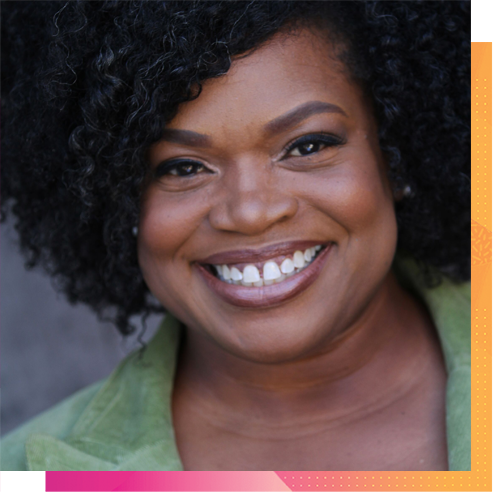 Arischa, pronounced (Ah-rish-sha) Conner Frierson is a multi talented, vocal performer, actress, writer and director. Arischa is an accomplished professional in the Educational as well as the entertainment field.

Arischa divides her busy schedule to spend time with her daughter Dyneise and husband Craig. She is currently signed with J Pervis Talent Agency in Atlanta, Ga., Pantheon Talent in L.A and Managed by Natarsha Garcia of AGI Management. 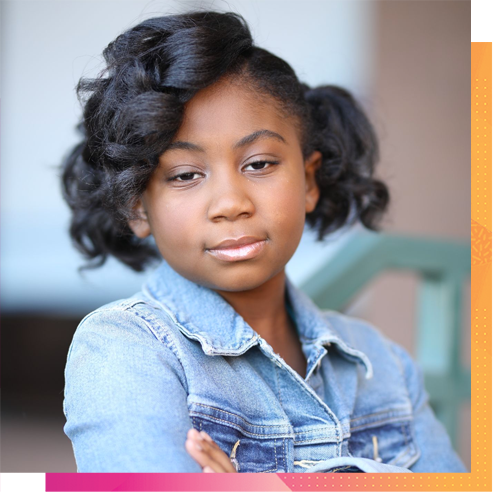 A Tyler Perry Series Regular. Atlanta, Georgia native Celina Smith is a shining star on the rise! Her spunky personality and desire to sing and entertain at a very young age prompted her parents to enroll her in a Triple Threat Training program at AGI Entertainment. Because of the intensive training she received in voice, dance and acting under the tutelage of Natarsha Garcia and AGI Management, Celina was signed to the J Pervis Agency where she immediately landed her first commercial and voice-over role with iHeart Radio. Shortly thereafter, she auditioned and was cast as Young Nala in Disney’s The Lion King national tour.

Celina’s big break came when she auditioned for Producer Tyler Perry and landing the role of Rebecca Wilson on the new Nickelodeon series, Young Dylan. When asked about her new role, with a spark reminiscent of child super star Shirley Temple, she replied, “I am excited to be a part of an amazing cast and play an active role in bringing the show to life.” 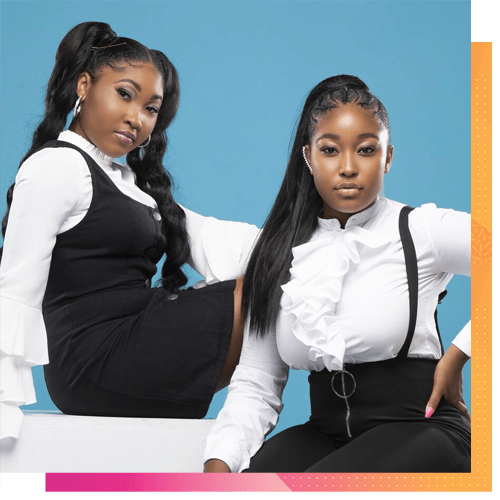 This young duo pairs up fiery talent synergy with an essense of innocence, generating a performance atmosphere that both inspires and entertains. As their name suggests, these girls serve up -in song- the warm feeling a friendly greeting or a blessed Sunday afternoon affords.

Hello Sunday’s Myla Finks and Chelsea Glover, made their national debut on NBC’s Season 17 of The Voice, when they received an enthusiastic chair turn from Kelly Clarkson. This initial confidence launched Hello Sunday into becoming the record-breaking sensation they’ve become. With Myla 14 yrs old and Chelsea only 13 yrs old during their Blind Audition, this made Hello Sunday the youngest duo in the history of the show. As their journey continued on, they brought both Taylor Swift and Kelly Clarkson to tears with their performances, gained the very first ‘Wild Card Save’ by popular vote from The Voice’s audience and advanced through to being promoted to the coveted Top 8 Semi-Finals.

Hello Sunday’s brand, the brain child of AGI’s Creative Director, Brandin Jay and AGI’s CEO, ‘The Starmaker’, Natarsha Garcia was given life by Myla and Chelsea. AGI Entertainment specializes in not only pairing up talent and creating brands, but polishing that talent and actualizing dreams. When a clear vision is met with hard work, great talent, dedication and the execution of a plan, team work truly does make the Dream work! 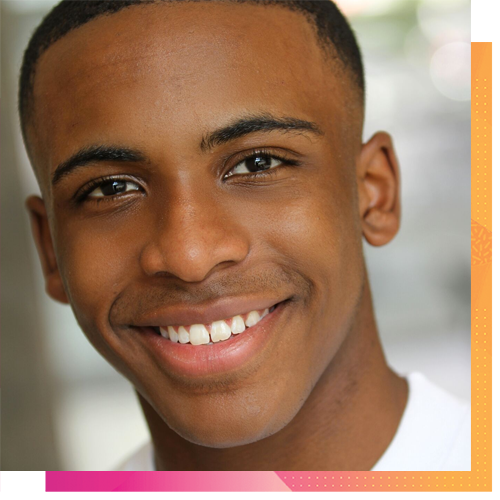 As a child, Jon Avery dreaded the idea of singing. “I hated my voice, couldn’t stand the way I sounded,” he remembers. A visit from his late grandfather, however, changed the course of his life. “The week before he passed away, my Grandpa came to visit and I put on a mini show for him, singing Michael Jackson songs,” says Avery. “He was the first person who told me I was destined to be a star. He said, “You need to do this.” I said, ‘All right.’ And I never gave it up.

A Queens, New York native, Jon took no shortcuts on honing his craft starting with enrolling at AGI Entertainment. At AGI, he trained in singing, acting, and several forms of dance ( hop-hop, jazz, modern and house ). Although Jon has embraced Atlanta as his home, he still views himself as a southside kid with a northside heart.

Jon has experienced some bumps in the road to stardom, yet he is optimistic and confident that his gifts will make room for him. “I’ve wanted to quit many times when opportunities with shows like The X Factor, American Idol, and The Voice has been promising but didn’t pan out. But I am not waiting on someone to tell me when I can be great. I want to take my God given gifts and create my own work. That’s my mission.” 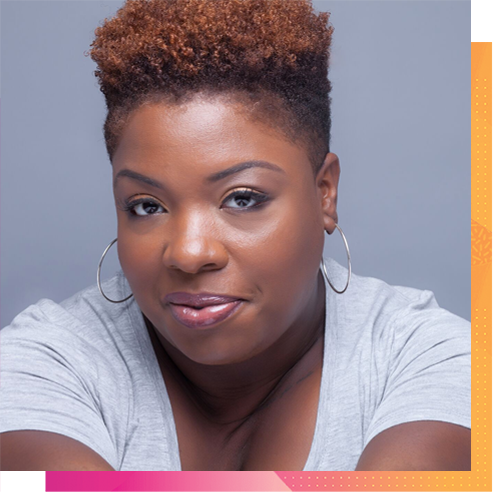 Maiesha McQueen, an award-winning singer, actor, songwriter, and lecturer of the arts. An Atlanta native, Maiesha attended the illustrious Tri-Cities High School of the Visual and Performing Arts where she studied performance, along side of some of the brightest stars in business. Upon graduating from New York University’s Tisch School of the Arts, she traveled the globe as co-founder and musical composer of the touring company, Progress Theatre, whose work has been presented at spaces such as The Public Theater, The Kennedy Center, The Apollo Theatre and World Music Festival in Amsterdam. She has performed on countless stages across the country and was last seen in the national tour of the Broadway musical, WAITRESS, written musically by Sara Bareilles. 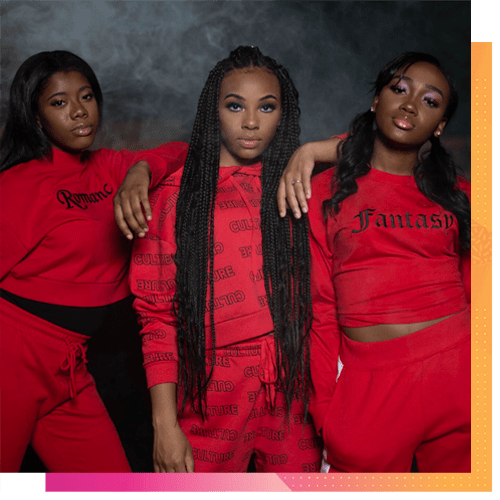 This girl group exudes energy, empowerment and enthusiasm. A trifecta of talent, Pink Heart’s Trinity, Amira and Anaya serve up heavenly harmonies that prove to be beyond their years and high above any expectation.

Reviving quintessential girl group magic, Pink Heart pairs up harmonic vocals with succinct choreography that excites and entertains audiences of all ages. Armed with Anaya’s light as a feather and effortless tone, Amira’s soulful gospel flair and Trinity’s rich R&B vibe, their sound is as diverse as it is smooth.

Pink Heart is the brain child of AGI’s Creative Director, Brandin Jay and AGI’s CEO, ‘The Starmaker’, Natarsha Garcia. Pink Heart’s talent ; curated and directed by the hands that fashioned and formed the careers of groups such as : Glamour ( formerly signed to entertainment mogul, Kandi Burruss and featured on ‘Star’ on Fox ) and Hello Sunday ( currently featured on NBC’s ’The Voice’, on Team Kelly, as the youngest duo ever featured ).

Pink Heart is next up in that bright AGI spotlight, and they’re ready to shine! 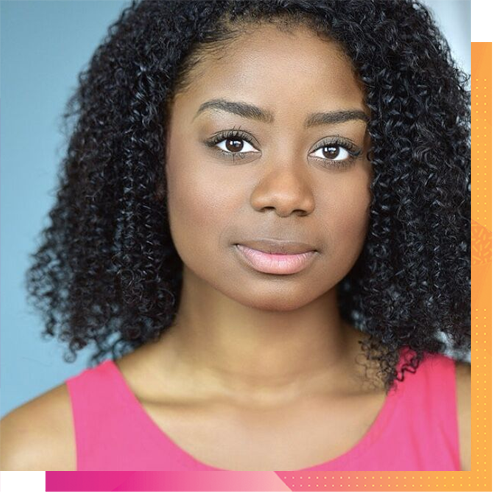 Lauren Nelson, affectionately known as Lauren Chanel, is a native of Atlanta Georgia. Not a stranger to the Arts, Lauren comes from a musical family of entertainers. She started singing in her family choir as a little girl, and had no idea where that would lead her. Lauren has piqued the interest of many executives in the entertainment industry because of her ability to be diverse in character portrayal, her youthful appearance, and bright personality.

She graduated from Cobb County Center of Excellence in Performing Arts at Pebblebrook High School, where she was trained to read music, sing various genres of music, dance both ballet and lyrical, and trained in stage/theater acting. Lauren rounded out her training over the last 10 years as a student of AGI Entertainment, where she learned to be a triple threat. They honed in on her TV/film acting, expanded her dance repertoire to hip hop and modern, and challenged her vocally. In strengthening her acting by training with Zak Barnett, Tracy Lynch, and Cyrah Hill, it’s no doubt that she is doing great work.

Needless to say, we now get to enjoy the fruit of her labor, and that of her team; which consist of J Pervis Talent agency, Natarsha Garcia of AGI Management, and Cheryl Martin of CMA Entertainment. Some of Lauren’s recent professional performances include: Hairspray as Little Inez, Ti’Moune in the Once On This Island tour, and Lorel in Dreamgirls. She is looking to do much more on the stage and in TV/film. So be on the look out for this dynamic star, with a huge personality…Lauren Chanel Nelson. 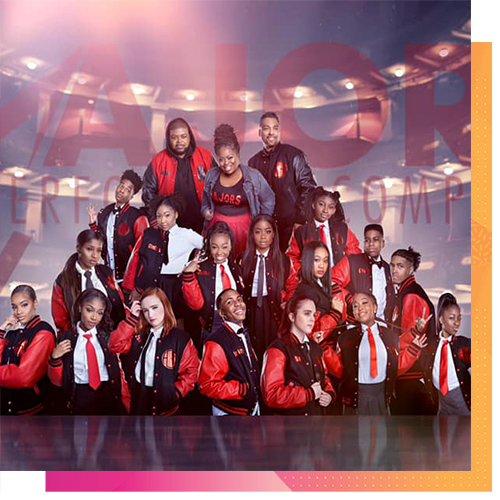 Meet ‘The Majors’, AGI Entertainment’s premier performance company! This exclusive, multi-talented group of stars are not only triple threats ( singing, acting, dancing ), but also have a professional baseline of industry awareness and entertainment business acumen.

Auditions are held annually for those who feel they have what it takes to gain and maintain their ‘Major’ talent status.